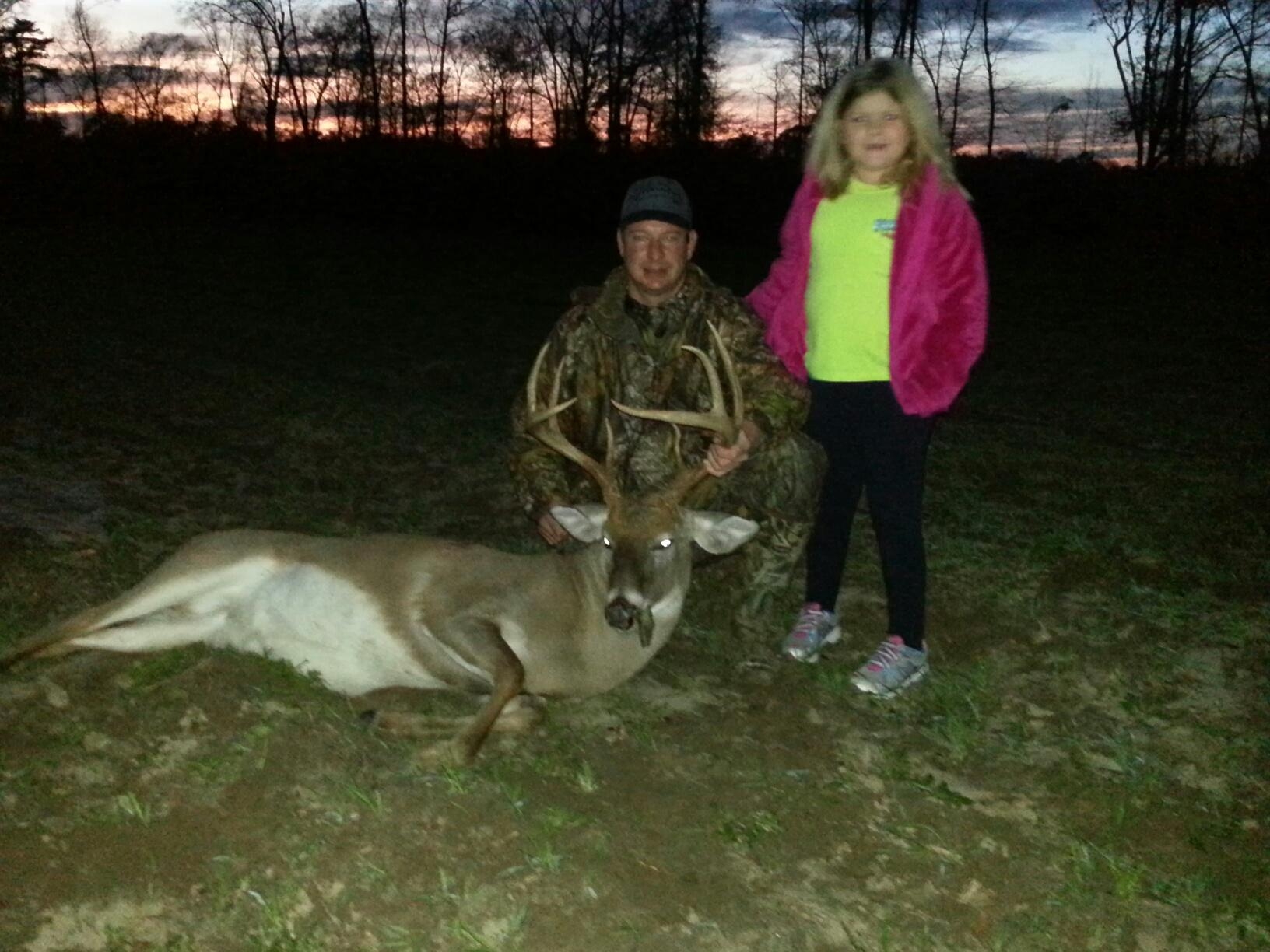 This is the week that all of the slow counties have been waiting on!  We are getting numerous reports of rut activity picking up in several central Alabama counties.  It was coming down to the wire but with the great weather and the rut intensity ramping up- we should be in for a very good week.  Here is what we have from the weekend:

Lowndes Co- Finally! Big bucks starting to become active and 4 reports of nice mature bucks killed behind does. This should be a great week to be in the woods in this area

Marengo Co-  Picking up steadily. 2 reports of bucks killed in greenfields with does.

Butler Co- The rut is on here!  3 reports of bucks killed this past weekend all with does in greenfields.  These big deer are coming out early in the afternoon which is a very good indicator along with the sightings.  The deer in the photo of this blog was taken in Butler Co by a friend of mine. 135″ 9 point  If you hunt in Butler Co-be in the woods now

Autauga Co- Picking up fast but still not prime.  Some reports of smaller bucks chasing and 1 confirmed kill of a nice 11 point taken right at dark coming in to check the does out.  Maybe just a few days away from being right

Lee Co- Rut activity is slowing down steadily.  Bucks still trying to find does that didnt get bred during the first cycle but most have moved into a post rut pattern.  Still seeing some good deer taken but not as hot as prior weeks

Macon Co- Much like Lee Co. but still a little more active.  These bucks have been rutting for 3 weeks now and are starting to slow down.  They are still rounding up leftover does and running them a little.  No reports of kills from the weekend

Montgomery Co-  Starting to get right.  5 reports of nice bucks killed since last report while behind a doe.  Mature bucks are still holding back a little but I expect this to be the week that it gets wide open in our Montgomery Co areas.

Henry Co-  Winding down but still getting reports of bucks chasing at all hours of the day.  ! reported kill of a nice mature 10 point last week.

Overall, I feel like this is the week that a lot of us have been waiting on.  I took the rest of the week off and I hope that I got it right for my farm in central Lowndes Co.  I think we will have a great week and I suggest sitting as long as you can stand it during the next several days.  Good luck to everyone and if you kill a good one send your pics to joe@thesouthernlandbrokers.com