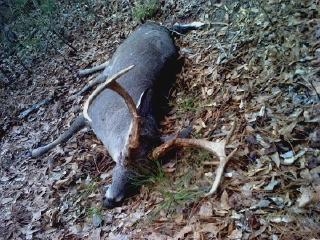 The last week has been less than we expected.  We are still having a lot of the same activity with good bucks being killed in the expected counties and not much new happening in other places.  The weather has been hot and now rainy but some great weather is on the way!  We hope that the approaching cold front will get the deer moving and Rut activity should pick up in the places where it has been absent.  Its going to have to hurry or we may have a lot of the primary rut in Febuary. I hunted in Macon County on Saturday and even though it was 80 degrees- I saw the rut at its best.  I watched small bucks mounting does that were obviously in heat and then a very nice 10 point come in and take one of the does into the woods.  Here is what was reported this week:

Lowndes Co- Little to no rutting activity.  Reports of several mature bucks in the same fields with mature does and showing no interest.  Some smaller bucks chasing just a little.  I expect this to improve with the next week.

Henry Co-  Still active although the weather has seemed to slow reporting.  1 confirmed buck killed behind a doe

Lee. Co- Very active.  This county is in the middle of the rut. 3 kills and several reports of sightings this week

Marengo Co- Starting to improve. Lots of deer moving and feeding, not quite there yet. No reports of bucks killed with does present.  Expect that this week will be the beginning of some very good hunting

Montgomery Co- Still very slow. Scraping is picking up in some areas and stagnant in others.  No reports of bucks killed with does

Butler Co- Beginning to see some activity.  2 nice bucks killed coming in late to check out does in green fields.  Scraping getting more frequent and consistent

Autauga Co- Starting to see activity.  1 report of a buck killed with a doe in the middle of the day. Lots of scraping and sightings of young bucks chasing consistently.

Thats all we have from a very slow week.  This next week, we are expecting a lot of reports and should see some nice bucks harvested.  Its getting down to the wire and we are all ready!